Senate Republicans didn’t crack the number they needed to achieve a majority and are still grappling with why. Sure, the post-election conventional wisdom has yielded a narrow spectrum of responses – anywhere from “bad candidate recruitment” to “blame Trump.” But how can we account for the outcomes in these races? One key element: Grassroots support for candidates as understood through staffing, expenditures, and events.

Before the election, Split Ticket looked at how funding through independent expenditures changed the functionality of GOP Senate operations in Arizona and Ohio, and how this retooling could even shift the nature and tone of a campaign’s messaging strategy. Much of the why and how is covered here. Now, with the cycle wrapped and fundraising data mostly available, it’s useful to compare staff sizes for this cycle and the downstream impacts thereof.

Take the below chart (Chart 3), showing total raised by each campaign’s authorized committees. Because of outside spending, these topline figures represent only the tip of the iceberg of the full sum of dollars spent on behalf of a single candidate.

Post-hoc analysis of a campaign’s structure often lacks context, which is why we will simply explore the staff payments reported by the campaign’s authorized committee. The interplay between a state’s coordinated campaign (the statewide apparatus stood up on behalf of all of a party’s campaign) and individual statewide campaigns varies from state to state.

Additionally, the eye-popping Georgia numbers from Warnock are clear outliers because of the runoff. For example, more than sixty individual entries by Warnock for were added within the last two months of the campaign.

Chart 3 is pulled from the most recent FEC reports, counting all disbursements for individuals marked salary or payroll. All told, between these five races, Democratic campaigns employed an average of a little over 50 more warm bodies than their Republican counterparts. Remove Georgia from the average and it comes out to a little over 30 more staffers on the Democratic side.

The need for a sprawling field operation and the utility of devoting resources to field operations is predicated upon the existence of organic grassroots energy, the potential to capitalize upon that energy, and the appetite of the volunteer base to participate and/or engage.

A large number of individuals exceeding HQ staff is usually indicative of hires for entry-level positions within the field or organizing department, which is charged with volunteer recruitment and management for rallies, door knocking, phone banking, and/or candidate events.

The demographics of a party’s base do not confer some kind of inherent responsiveness to organizing. Of course, on the Democratic side, organizing is foundational in Black communities and dovetails with a certain tradition of Democratic investment in grassroots outreach and mobilization. However, there exist many prominent examples of an organically motivated and systematically mobilized conservative base. (For example: Trump represented a huge cultural moment at the grassroots level, typified by the enormous draw of his rallies. Political veterans will also remember the Tea Party as a renaissance of conservative grassroots participation.)

This cycle, we saw a class of GOP Senate recruits with rock-bottom favorables even among their own party. Absent authentic or organic grassroots support in the form of volunteer potential or small dollar donors, this translates to a paucity of volunteer prospects and grassroots energy, disincentivizing a candidate deployment strategy built around in-person events such as rallies. The Walker campaign in Georgia, for example, relied heavily on surrogates for any in-person draw. Meanwhile, in Pennsylvania, Fetterman leaned into rallies because the campaign clearly recognized that there was a draw, star power, interest, was able to carry an event on his own.

What does it mean for the future? Grassroots capacity: use it or lose it.

Data, volunteer capacity, and institutional knowledge is not something that can be stood up overnight. Like a muscle, grassroots capacity atrophies without use. Next cycle, a campaign that did not grow or maintain infrastructure starts out at a lower floor when it comes to grassroots capacity writ large. Volunteers require training, a familiarity with systems, and general comfort with direct voter contact.

An additional downstream benefit of a robust direct voter contact operation is that in the course of reaching out to voters, whether by phone or doors, this cleans and updates the voter file. Interactions with voters add to data with records of prior contact, or stated support for candidate/party. This is useful for targeting that individual voter in the next election, but on a macro level is also learning data for internal modeling.

Over the long, long, long term, campaigns serve as an incubator for political talent, offering opportunity for hands on experience for a rising generation of political professionals. At the end of the day, there’s 130-something more Democrats in Georgia with professional experience working for a campaign, organizers that might go on to run a state house race, or run for office themselves. 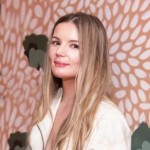