Trump: Whom has he endorsed? 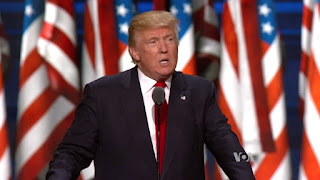 Throughout his presidency, Trump’s endorsement held significant weight in Republican primaries. Prominent Governors like Ron DeSantis and Brian Kemp, for example, owe their careers to Trump’s influence peddling. His selections rarely fell short (i.e. Foster Friess), and he would often avoid mentioning them when they did.

But paying fealty to the GOP’s enigmatic standard-bearer might be a thing of the past. Next year’s contests should allow us to determine whether or not Trump’s endorsement is still effective in his post-presidency. Let’s take a look at some of the competitive primaries he’s targeting so far.

Alabama – Veteran Republican Richard Shelby is retiring next year, ending a long and prosperous Senate tenure. First elected in 1986 as a conservative Democrat, Shelby became a Republican after the 1994 wave. Since then, he has become Alabama’s elder statesman. Venerated and appreciated by Alabamans of all stripes, the experienced lawmaker will be leaving Washington with no shortage of goodwill. The primary race to replace him will be a quintessential battle between the juxtaposed “establishment” and “Trump” wings of the GOP.

Representing the establishment is Katie Britt, Shelby’s former Chief of Staff. Besides securing the incumbent’s blessing for her bid, Britt’s strong business connections have allowed her to establish an abundant warchest. Her main challenger is Congressman Mo Brooks, who has represented the Huntsville-based 5th district since 2011. With a history of questionable comments and Trump’s endorsement on his side, Brooks is undoubtedly the “outsider” candidate.

A Trump endorsement should theoretically help a Republican hopeful in Alabama (Tuberville vs Sessions), though Brooks’s polling lead has recently given way to an evenly-matched race against Britt. Black Hawk Down POW Mike Durant’s growing momentum in recent polls should also be taken seriously. If the race remains hotly-contested, a runoff will almost certainly be in the cards.

Brooks ran for Senate in the 2017 special, but finished in third place in the first round of voting. Interim Senator Luther Strange was beaten by Roy Moore in the runoff despite having Trump’s support.

Alaska – Moderate Republican Senator Lisa Murkowski was often a thorn in the ex-President’s side, particularly after voting to convict him in his second impeachment trial. It’s therefore no surprise that Trump is backing her primary challenger: former Commissioner of the Alaska Department of Administration Kelly Tshibaka. The Senate Leadership Fund and the NRCC have both lined up against Trump, with McConnell and Scott both keen on protecting every GOP incumbent up for election.

Murkowski would probably be a lot more vulnerable to her challenge if it weren’t for Alaska’s new Ranked Choice Voting (RCV) system, passed narrowly via statewide referendum last year. The program would lessen Murkowski’s traditional primary woes (she lost in 2010 but won the general as a write-in candidate) making it possible for two Republicans to advance to November’s final round. Assuming she makes it there, Murkowski would probably live to see fight another day.

Since we haven’t seen much polling under the new RCV system, this race is up in the air when it comes to making predictions. Vendetta is generally a powerful influence, so there is no doubt that Trump is particularly committed to seeing Murkowski felled.

North Carolina – Long-time Republican Senator Richard Burr will not be running again next year. He had announced his retirement before the 2020 cycle, well in advance of allegations of insider trading that engulfed him last summer. His retirement probably benefits Republicans, who are currently favorites to maintain the seat in one of next year’s marquee Senate battles.

With Jeff Jackson and Erica Smith pulling the plug on Senate bids, Cheri Beasley is expected to secure the Democratic nomination. Naturally, those changes have diverted all political attention in the Tar Heel State to the increasingly-raucous GOP primary between Congressman Ted Budd and former Governor Pat McCrory. Early on, it seemed like McCrory would ride his statewide name recognition to victory without about half of the total vote. Since Mark Walker’s suspension and Trump’s endorsement of Budd, though, McCrory’s numbers have precipitously slipped.

There hasn’t been any new polling since Walker ended his campaign, but releases leading up to the field change showed Budd rapidly gaining on the former Governor. It is now unclear whether the Mecklenburg veteran has the strength to unite the rest of the state behind him. Besides dominating in his own Congressional district, Budd will need to branch out enough geographically to overwhelm McCrory’s dominance in the well-populated Charlotte area. Burr has endorsed McCrory, who is attempting a political comeback after a nail-biter reelection loss to Democrat Roy Cooper in 2016.

Maryland – Moderate Republican Governor Larry Hogan is term-limited next year after eight years as state executive. Much like Phil Scott and Charlie Baker, Hogan’s unique brand of pragmatic Republicanism has allowed him to thrive in a state that is anathema to the GOP. Without him on the ballot next year, Republicans will be hard-pressed to hold on regardless of the national environment. The party’s follow-up nominee might not make the difference between victory and loss, but he or she could draw the line between respectability and embarrassment.
Hogan’s pick, and that of most Maryland Republicans, is Secretary of Commerce Kelly Schulz from Annapolis. Trump’s counter is Dan Cox, a legislator with a brand that is altogether unfit for a statewide campaign in one of the country’s bluest states. There hasn’t been any public polling yet, but a Cox win would move the race off the board entirely. It is currently Likely Democratic.
Nebraska – In a land as reliably-Republican as the Cornhusker State, the GOP primary is tantamount to victory in the general election. Incumbent Governor Pete Ricketts is term-limited next year, and former Governor Dave Heineman recently quelled speculation that he would make a bid to return to his old job. The result of those tidings: a crowded, uncertain primary field.
Trump’s candidate is a farmer named Charles Herbster who previously ran for Governor in 2014 before dropping out. To be honest, we really don’t know much about him. Other declared candidates include legislator Brett Lindstrom, farmer Jim Pillen, and Theresa Thibodeau. Congressman Jeff Fortenberry and legislative Speaker Mike Hilgers are also reportedly interested in making runs for Nebraska’s highest office.
There were four credible candidates eight years ago, the last time the mansion was open. Ricketts won that highly-fractious primary with a mere 26% of the vote, a brilliant segue into an easy November win.
Arizona – Arizona Republicans seem increasingly poised to nominate Kari Lake, a former reporter running with Trump’s endorsement, next year. Incumbent Governor Doug Ducey is term-limited after eight years in office, and doesn’t appear at all interested in a potential Senate bid against Mark Kelly.
Lake’s main opponent is former Congressman Matt Salmon, though she has led him handily in recent polling. Other candidates like Treasurer Kimberly Yee and businessman Steve Gaynor have lagged far behind in the latest surveys. Compared to most of the other primaries on this list, the former President’s endorsement seems poised to hold up very well here.
In a good environment, Lake could end up as the favorite against Secretary of State Katie Hobbs going into November. The race is currently a tossup, though conventional wisdom would suggest that Democrats are in a stronger position to hold the state’s Senate seat than they are to flip its Governor’s mansion.
Idaho – If Republican Governor Brad Little decides to run for reelection in Idaho, he will be walking right into a fever-pitched dog fight against his own Lieutenant Governor, Janice McGeachin. After McGeachin disobeyed Little’s directives on state coronavirus policy while he was out of the state, the relationship between them has all but deteriorated. Soon after the spat, Trump entered the scene to drop his endorsement for McGeachin. Her bid seemed quixotic at first, but now seems quite well-founded. Governor Butch Otter won a similarly competitive primary in 2014 against future Congressman Russ Fulcher.
Georgia – Perhaps the most interesting addition to this list is the Peach State, where incumbent Republican Brian Kemp is seeking a second term as Governor. He is facing off against former Senator David Perdue in what could be the closest gubernatorial primary in the nation. Trump’s endorsement of Perdue is even more ironic, since Kemp relied on his support in 2018 to codify the anti-establishment momentum necessary to win his own primary runoff.
Why did Trump turn on one of his allies? The 2020 election. Like it or not, the former President still hasn’t forgiven Governor Kemp or Secretary of State Brad Raffensperger for not overturning Joe Biden’s win in Georgia. (Something they couldn’t do anyway) His petty vendetta has found its medium through Perdue, a Senator Trump inadvertently helped defeat by convincing thousands of rural Georgians not to vote in the January runoffs after claiming that the previous election had been stolen. Perdue, a wealthy businessman and country club suburbanite, has completely rebranded himself into the outsider champion of the average Georgian. His attempts really can’t get much more insincere.
Even if Kemp survives the seemingly-inevitable primary runoff (and that’s a big if) he’ll be battered beyond belief. Such an outcome would make him damaged goods in a general election against Stacey Abrams in a state that is trending Democratic. Kemp could very well hold on next November, especially if the environment is exceptional for the GOP, but having to deal with an incessant challenge from the right will not help him by any means.

My name is Harrison Lavelle and I am a political analyst studying political science and international studies at the College of New Jersey. As a co-founder and partner at Split Ticket, I coordinate our House coverage. I write about a variety of electoral topics and produce political maps. Besides elections, my hobbies include music, history, language, aviation, and fitness.